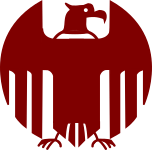 Northfleet Eagles were officially formed in 1992, having played the previous season as the “Eagle Owls” in the Under 10 league. We broke away from the “Owls”, as at this time, you were only allowed to field one team in each age group of the Gravesend Boys League. Steve Tinsley was voted in as Under 11 manager, while I remained at Under 10 level to build a new team. We formed a committee, and consequently named ourselves Northfleet Eagles choosing our colours of red and black. Due to the enthusiasm of the teams, we attracted further players and thankfully Managers each year, and have become one of the largest youth football clubs in the area.

Due to the fact that Steve had applied for a job abroad, Duncan Pomfrey took over his post of Secretary, and has been the motivation in the Club ever since. I would like to take this opportunity to thank all the Managers, Coaches and Committee members, past and present, in making the Club what it is today.

Keep up the good work!